I’ve added over 2000 screen captures from Vincent N Roxxy! The movie is out now on video and you can also watch it on Netflix. 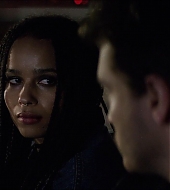 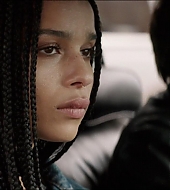 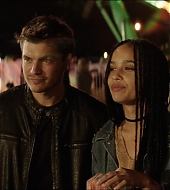 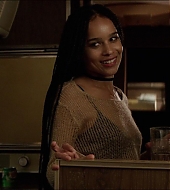 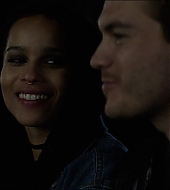 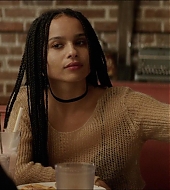 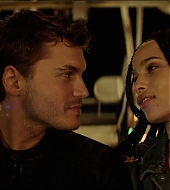 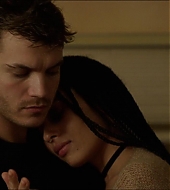 Zoë Kravitz has an electric presence that you can feel before you see her. Her entrance at Black Market in New York City’s East Village on Tuesday evening, clad in a gorgeous black floor-length gown, was electric. I watched her weave her way through the premiere after party for her latest film, Vincent-N-Roxxy, at first stopping to hug Questlove (her self-described elected brother), who both scored the film and DJ’d the set for the party. She took moments to thank the many people in attendance, including the film’s antagonist Scott Mescudi (better known as Kid Cudi) and her co-star Emory Cohen. She hugged each of them, and she’d later hug me too. She’s gracious in a way that seems nearly impossible given her pedigree.

The daughter of Lisa Bonet and Lenny Kravitz, Zoë was perhaps predestined for success. But truthfully, she’s a queen of her own making. She’s been successful in her music career with the electropop outfit Lolawolf, as well as in her film career, which moves easily between the worlds of blockbuster and independent; Mad Max: Fury Road, Dope, and Allegiant are but a few of her most recent roles. In her latest, the indie thriller Vincent-N-Roxxy, directed by Gary Michael Schultz, she plays a wayward punk rocker whose history of violence mirrors that of mysterious stranger Vincent (Cohen). She was quoted recently saying that she’s done with playing the “quirky black girl,” and her emotionally raw performance as Roxxy more than underscores that sentiment. We caught up with Zoë to chat about the film, working with Kid Cudi, and getting behind Bernie Sanders.

The first half of Tribeca’s feature film slate was announced last week; now we’ve got the second part. Regular contributor Noah Buschel is in there with his new film The Phenom, although the big marquee title is probably the spectacle of Michael Shannon as Elvis Presley.

Vincent N Roxxy, directed and written by Gary Michael Schultz. (USA) – World Premiere, Narrative. Vincent (Emile Hirsch) is a small town loner, and Roxxy (Zoë Kravitz) a rebellious punk rocker. When they find themselves on the run from the same dangerous criminals, their feelings for one another deepen, despite their dangerous circumstances. Soon, the star-crossed lovers discover violence is never far behind them, in Gary Michael Schultz’s alternately romantic and brutal drama. With Emory Cohen, Zoey Deutch, Jason Mitchell, Scott Mescudi.